Built with a next-gen concept, Watch Dogs: Legion introduces “Play as Anyone,” a never-before-seen gameplay innovation created by Ubisoft Toronto**, the studio behind Watch Dogs: Legion. Play as Anyone gives players the entire city of London to choose their roster of resistance members from. Every single person in the open world can be recruited and played, is unique and has a backstory, personality and skillset. Watch Dogs: Legion will also support hardware-accelerated DirectX Raytracing on Xbox Series X and full ray-tracing support on Nvidia RTX-equipped PC devices, bringing real-time ray-tracing reflections to the streets of London. Players who purchase Watch Dogs: Legion on Xbox One or PlayStation 4 will be able to upgrade their game to the next-gen version (Xbox Series X or PlayStation 5) at no additional cost***.

In Watch Dogs: Legion, London is facing its downfall. Amidst the growing unrest of a restless London, a mysterious entity known as Zero-Day has framed secret underground resistance DedSec for coordinated bombings across London. In the aftermath, criminal opportunists from every dark corner of London took hold and filled the void left by a defeated government. As a member of DedSec, players will be going up against criminal opportunists in Watch Dogs: Legion; sadists, mercenaries, cybercriminals, and more; they’ll have to be prepared for a variety of situations. Players must recruit members into their DedSec Resistance to take on these criminal opportunists, liberate London and uncover the mystery behind Zero-Day. 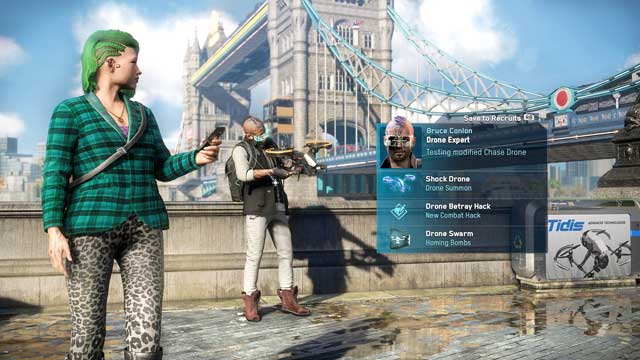 Watch Dogs: Legion lets players recruit anyone they can see in the open world to be part of their DedSec Resistance up to 40 characters at a time. The London setting gives players the perfect backdrop to recruit all kinds of characters – who each have unique skills and weapons – to their Resistance: from an MI6 agent to a bareknuckle fighter, from a brilliant hacker to a getaway driver, from a football hooligan to an inconspicuous old lady. Players can play as any character from their roster of recruits and approach a situation based on their preference; whether the approach is from the sky while riding high on a cargo drone as a construction worker, or on the ground as a spy using high-tech gadgets like a gun-jamming watch and a prototype of a rocket-firing car, the choice is for the player to make. 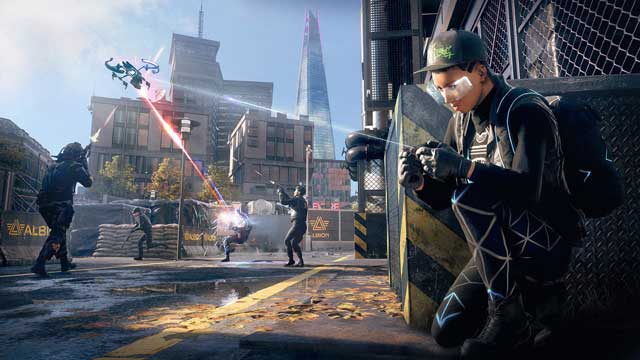 We use cookies on our website to give you the most relevant experience by remembering your preferences and repeat visits. By clicking “Accept”, you consent to the use of ALL the cookies.

This website uses cookies to improve your experience while you navigate through the website. Out of these, the cookies that are categorized as necessary are stored on your browser as they are essential for the working of basic functionalities of the website. We also use third-party cookies that help us analyze and understand how you use this website. These cookies will be stored in your browser only with your consent. You also have the option to opt-out of these cookies. But opting out of some of these cookies may affect your browsing experience.
Necessary Always Enabled

Any cookies that may not be particularly necessary for the website to function and is used specifically to collect user personal data via analytics, ads, other embedded contents are termed as non-necessary cookies. It is mandatory to procure user consent prior to running these cookies on your website.